Wrong component transfused (WCT)
Where a patient was transfused with a blood component of an incorrect blood group, or which
was intended for another patient and was incompatible with the recipient, which was intended
for another recipient but happened to be compatible with the recipient, or which was other than
that prescribed e.g. platelets instead of red cells.

Specific requirements not met (SRNM)
Where a patient was transfused with a blood component that did not meet their specific
requirements, for example irradiated components, human leucocyte antigen (HLA)-matched
platelets when indicated, antigen-negative red cell units for a patient with known antibodies, red cells of extended phenotype for a patient with a specific clinical condition (e.g. haemoglobinopathy), or a component with a neonatal specification where indicated. (This does not include cases where a clinical decision was taken to knowingly transfuse components not meeting the specification in view of clinical urgency).

SHOT has collected data on incorrect blood component transfused (IBCT) since 1996. Originally, this category included all error reports, for example, avoidable transfusions, handling and storage errors, administration of anti-D immunoglobulin, and right blood to the right patient. In later years, these categories were separated out and reported in their own chapters.

The figure above only includes wrong component transfused (WCT) and specific requirements not met (SRNM) cases (plus some miscellaneous cases that did not fit easily into these categories. The remaining cases for Anti-D Ig, ADU, HSE and RBRP (where identifiable) have been included in the data drawers for those categories.

Please also see relevant videos on ABO-incompatible transfusions, pre-transfusion blood sampling and the pre-administration blood component transfusion bedside check. These can be accessed on this page 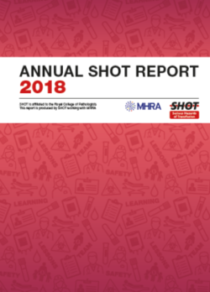 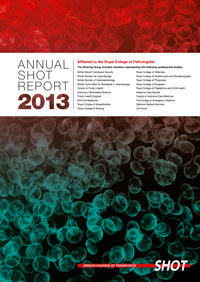